What does a century of economic cycles teach investors about investing?

Markets around the world have often rewarded investors even when economic activity has slowed. This is an important lesson on the forward looking nature of markets, highlighting how current market prices reflect market participants’ collective expectations for the future.

Click on the image to take a look at the fascinating interactive download, which demonstrates how stocks have behaved through the US economic downturns, which were all due to global events. 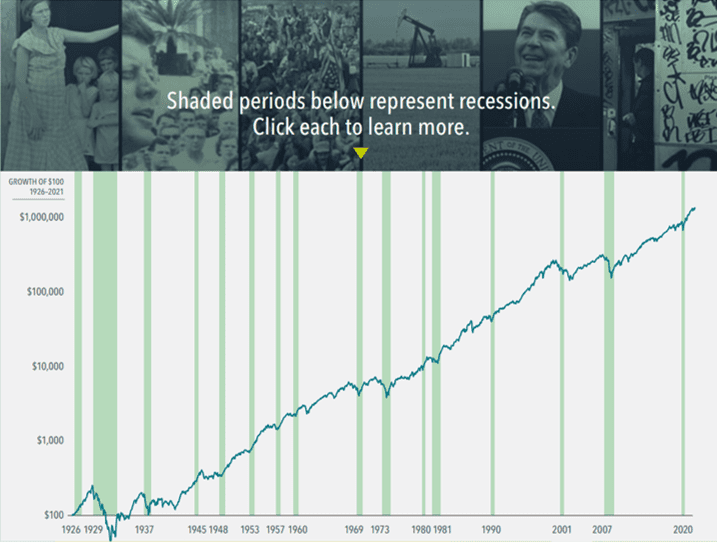 You’ll see on the graphs the downturns during the periods below, but note the stock market recovery after each.

If you are concerned about your investments or have any questions, please get in touch via the form below or call us on 01825 763366.